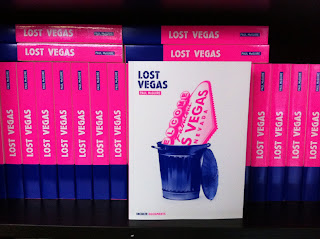 Across the pond, Lost Vegas made its French debut on Friday to many positive reviews from non-poker press according to my editor Jerome from Inculte.

Lost Vegas will be getting comprehensive coverage in the national French media, and maybe this DSK scandal will boost sales? Here's what to look out for....

- TV coverage on Canal plus on two shows at least : La Matinale and Edition
Speciale

So if you're in France the next few weeks, keep an eye out for any press about Lost Vegas!

Jerome and Benjo (who translated it) worked hard on this project for almost 2 years, so I'm glad their diligent work is being recognized and the project is off to an auspicious start!

Here's the link to Lost Vegas' page on Inculte.
Posted by Pauly at 4:20 AM